Amphenol has opened its newest factory in Pécs

Amphenol, one of the largest optical and electronics manufacturers in the world, has opened a plant in Pécs. Our company, Investmentor Agency, has been assisting the establishment process since the very first negotiations.

A new unit of the American Amphenol Group will begin trial production in a 800-square-foot factory on Bajor Street in Pécs, the company announced on Friday at the grand opening. Martin Booker, the company's vice president, said the Amphenol Group has 124 units worldwide, with about 74,000 employees. It [...]

Significant and favourable changes will be introduced in the non-refundable cash incentive system provided on the basis of individual government decision, as of October 1, 2019, according to Government Decree 227/2019. (IX. 26.) amending Government Decree 210/2014. (VIII. 27.) on the use of the Earmarked Scheme for Investment Promotion.

The principal of the investment promotion incentive system in Hungary was to increase the national employment. This objective has been achieved successfully: according to the recent statistical reports, the unemployment rate is below 3.5% in Hungary. These data and employment forecasts justify the need for elaborating and [...] 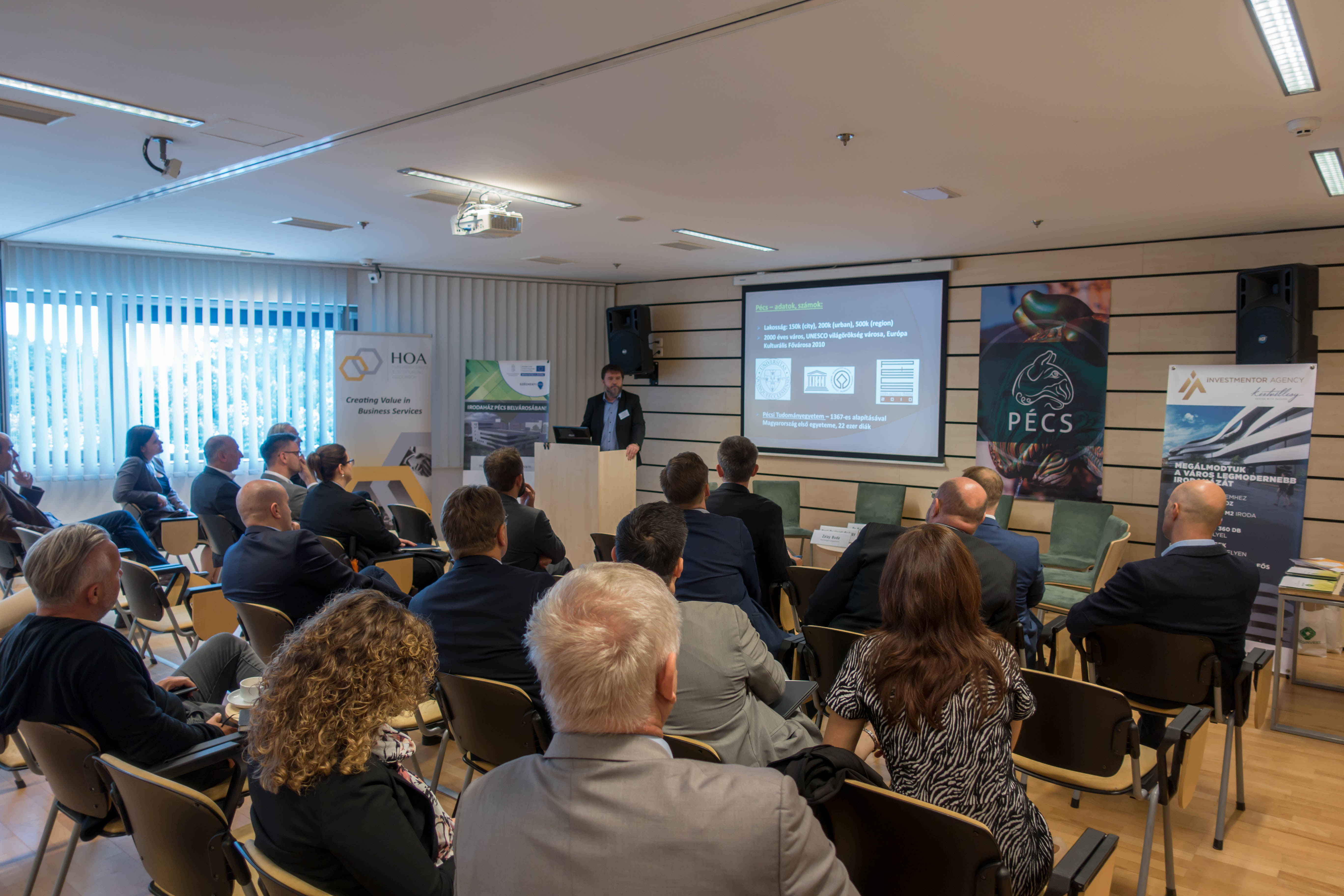 The Investmentor Agency is constantly working on making new investors choose the city of Pécs. Our goal is to increase the attractiveness of the city for young people by creating new jobs and thus stimulate the local economy and to improve the living standards of the people living here. As a result of a new collaboration on May 30, the Investmentor Agency organized a conference at the Knowledge Centre with the help of the city council and the HOA (Hungarian Service & Outsourcing Association) for representatives of the SSC sector.

The forum was attended by representatives of the University of Pécs, the HIPA [...]